Samsung was awarded a patent for a 21:9 ratio screen back in March 2014 and it’s quite clear that a wider screen not only means a better field of view but puts more pixels on eyeballs. 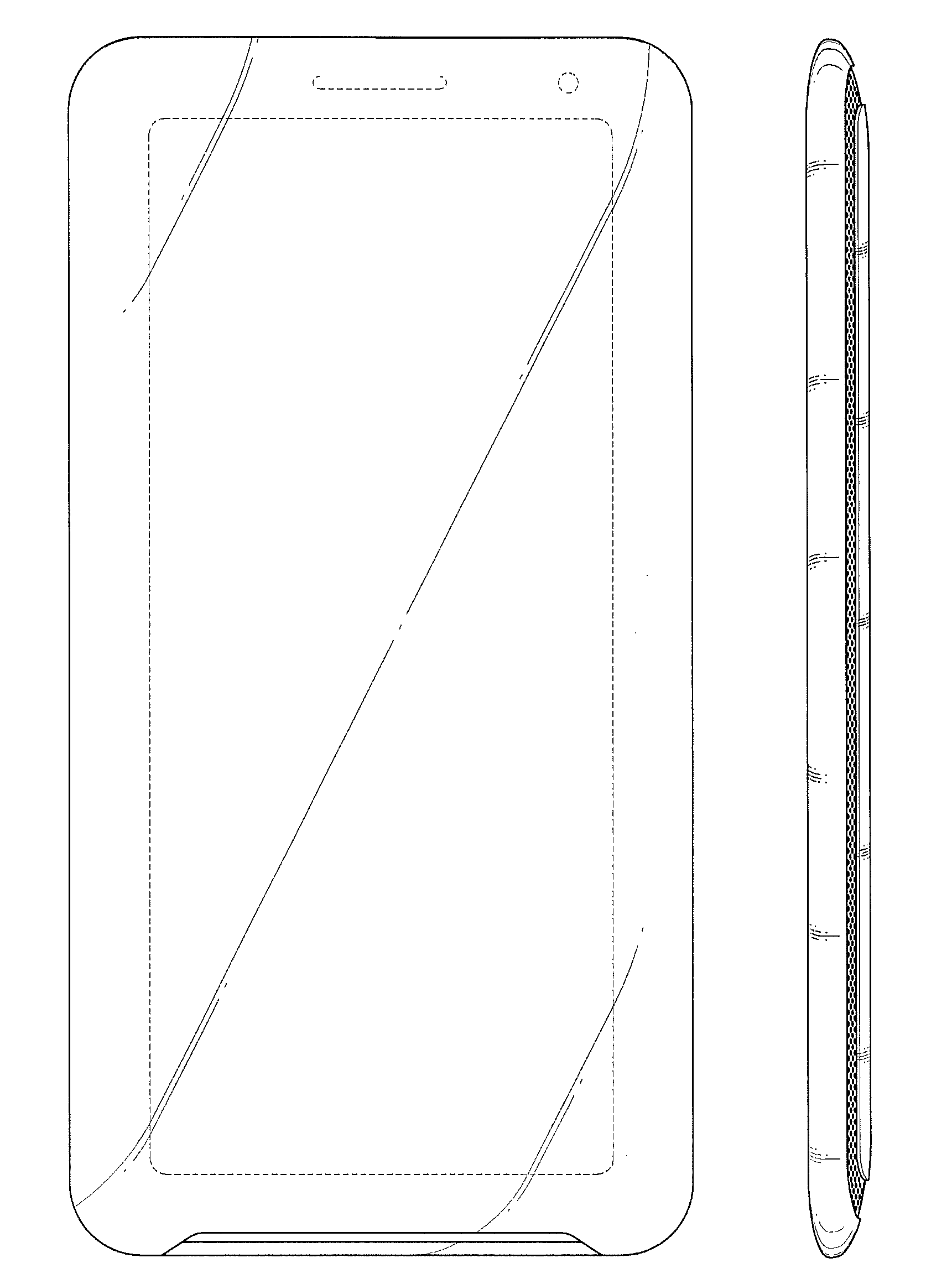 It’s obvious Oculus are using a new type of screen from Samsung but they’re extremely tight lipped on it’s specifications and resolution.

If we measure the front view of the new headset we can try to work out the ratio of the screen inside. Obviously this doesn’t account for the actual size of the screen and possible bezel inside but its seems likely that if the Crescent Bay is indeed a prototype of the consumer version AND they’re using sample of a new type of screen from Samsung they will dispense with their trick of using screens already attached to a phone digitizer and front panel. This was a great idea to get the DK2 out to developers as quickly as possible but not a good idea for a consumer version. The glass and touch panel are not needed, only adding weight, and the bezel, however minimal, increases the size of the face of the unit. It doesn’t make sense for the consumer version to use the same trick, especially if they’re expecting to sell a million units.

So, if we make the assumption that there is a bare OLED panel inside the new prototype we can make a reasonable guess that it will be as snug as possible, hence the reduced weight. The increased resolution and lack of screen door also points to a new panel, but at what ratio?

Using the best available image from Oculus here we can work out the ratio of the screen. 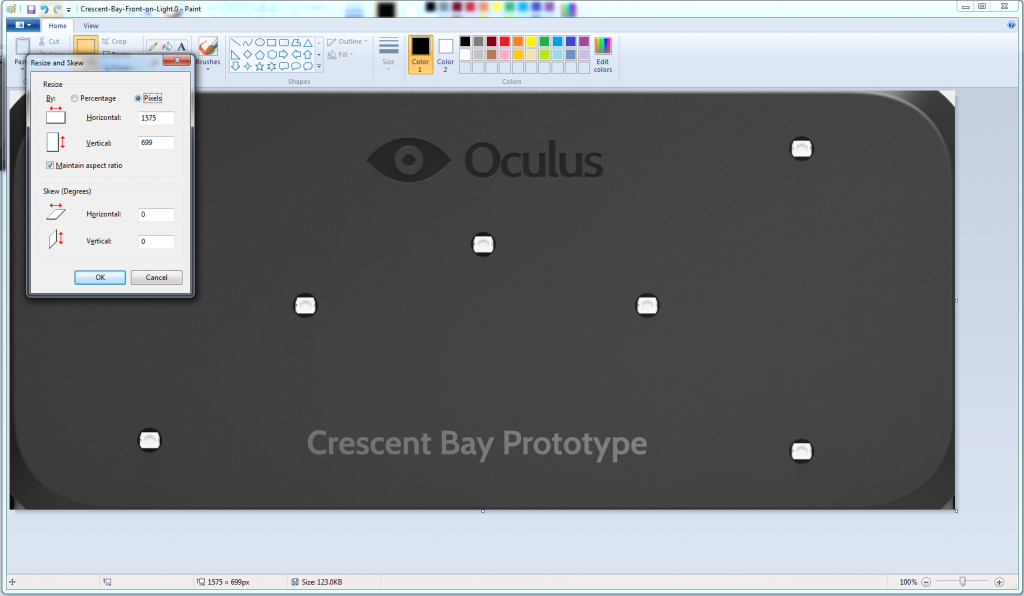 Until someone manages to get a better look inside or Oculus releases more information we’ll have to wait and see, but with users reporting better resolutions that the GearVR headsets it seems likely that Samsung are providing a brand new panel hence the reticence of Oculus to talk more about it. One thing is clear, neither Samsung or Oculus are resting on the laurels and we can expect to see even more improvements in comfort, tracking and the SDK before the consumer release.

If you’re interested in the first truly affordable motion simulator for the Oculus Rift be sure to check the rest of the site, you can also enter the raffle to win one + shipping.