Yesterday I did a couple of things, I started figuring out how to get my model into Unity and started printing 4x 1/5 scale hexagonal panels at 0.1mm height so they’d be smooth. The printing was still going when I went to bed, it was stupidly long. As long as I am stupid :p

Essentially I have 3 sets of models : what I’m doing in Inventor, what I’m trying to get into Unity and what I’m now trying to print out. This is kind of silly.

The Inventor model isn’t nearly complete or even worked out properly. I’m still trying to figure out how to incorporate heave motion. I have a couple of ideas that I’ve been trying but keeping it compact underneath the base is kind of tricky.

The whole model itself is what can only be described as a ‘beast’. If I want to display it in Unity realistically I will have a challenge, but my tests yesterday make me think it can be done…. 3ds max tells me it has something like 1.3m polygons though so this isn’t ideal. Of course most of these are duplicates since the sphere is essentially the same panels rotated 5 times at 72 degrees each… I don’t need anything else in the scene really so I will play around with baking the lights and occlusion and see if I can speed it up.

As for the printing, I should have been thinking about this a lot earlier. The sphere idea is pretty much set in my mind now, it will obviously change before production but a model is needed now asap. The base will continue to evolved and a lot of the parts can be cut from wood but the sphere needs to be made. Printing 4 spheres yesterday was crazy, I think it took about 20 hours in total. I would normally use 0.3mm layers but if the sphere needs to be smooth then this should be less. Of course this is where having another brain on the project would be invaluable since I eventually realised I was being incredibly dumb, I was printing some 1/6 scale panels flat and with added thickness so I could use magnets to hold them together when I should have been printing vertical panels ide 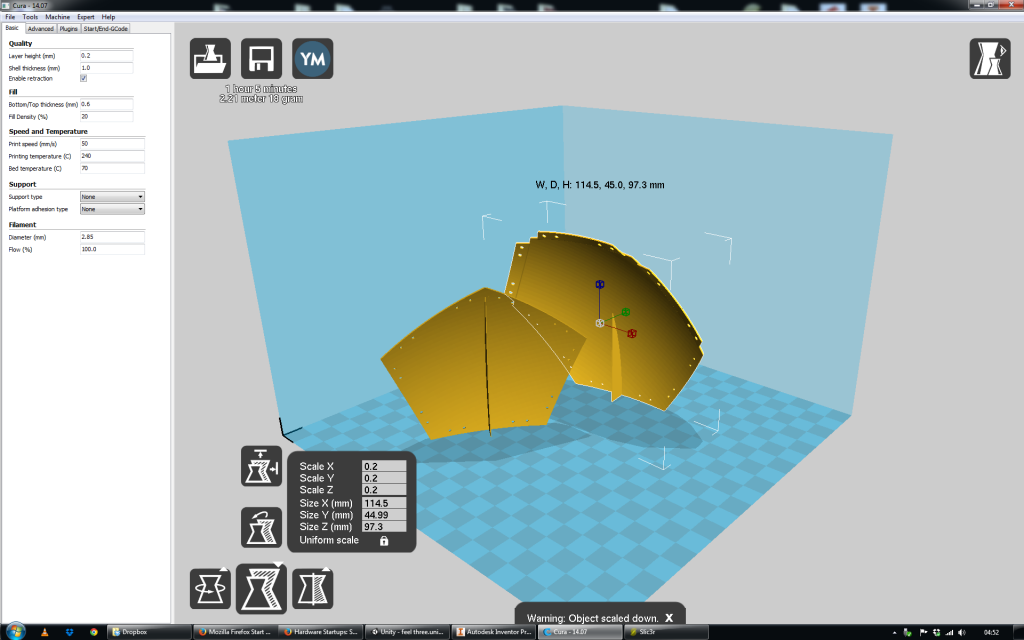 identical to the ones that will make the model. 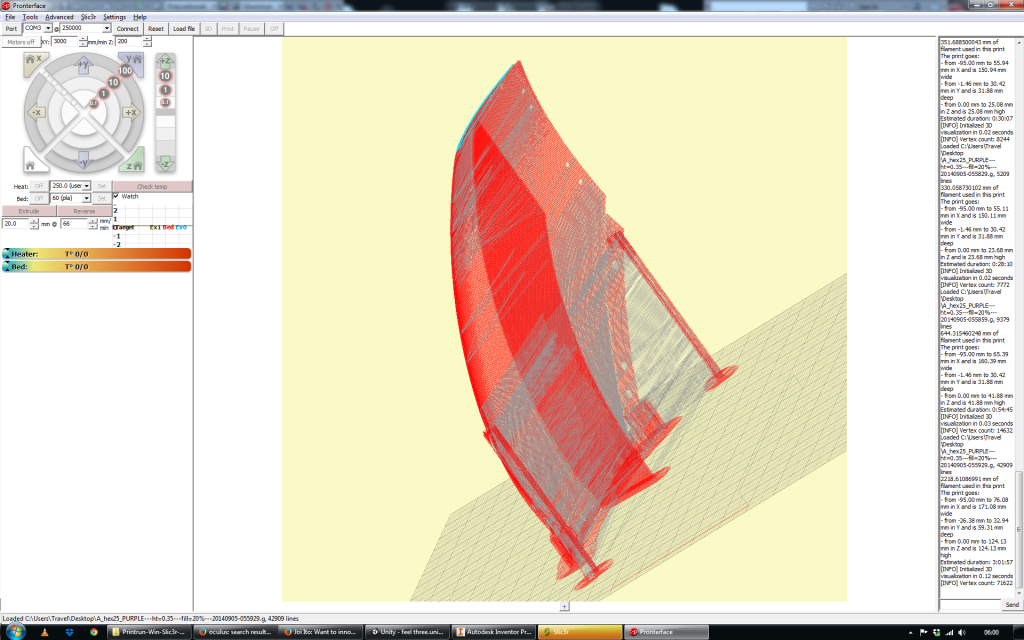