It doesn’t quite look it does it? :p

However it’s always better to add options and mounting points before you simplify since it’s so easy to remove them afterwards. Try to think of all the possibilities so you’re able to add on more motors later without any danger of interfering with what is already in place. So 8 castor wheels may look excessive but it’s only a model and easy to delete. Adding them later on might prove trickier.

I’m designing for big people, not everyone will need so many motors, but if you do the design is ready for you.

This version also has 4 motors and omniwheels for yaw rotation, I also need to tweak the frame to allow another 4 on the opposite side of the chain. With a little forethought the wooden shelf can be used to strengthen the motor mount at the same time. The omniwheels can suffer the same traction problems so it’s possible I might switch to the chains for yaw too…

The chain sprockets are fixed at the moment but I intend to make them push the rollers up against the sphere if at all possible. It might be simpler to mount the castor wheels onto some springs to achieve the same effect since they have the advantage of not being tied to a motor… regardless, good traction is very important. 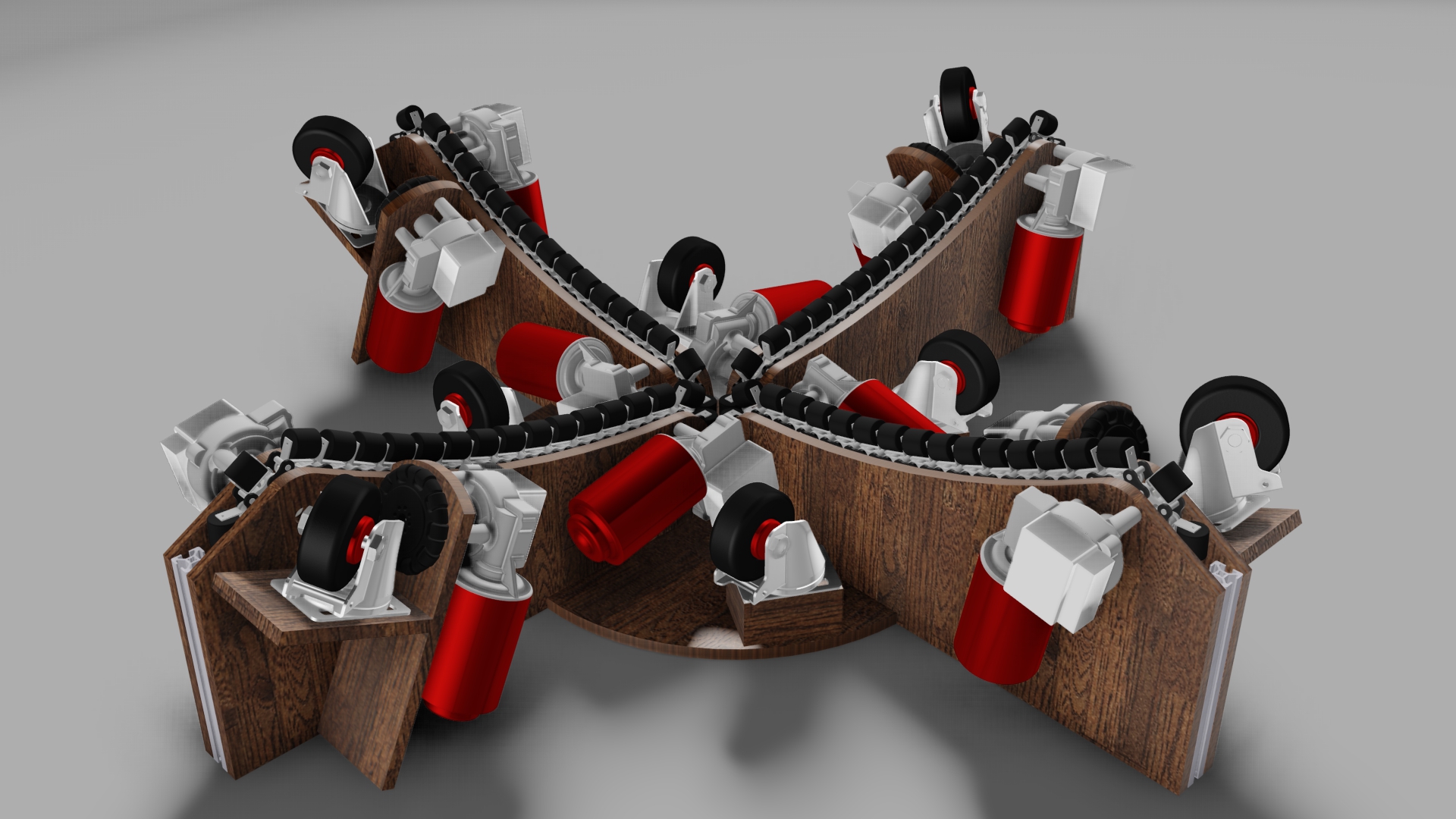