A slight change in the design.

I spent a day thinking about the basic design after some comments on reddit expressed scepticism that there wouldn’t be enough traction to move the sphere. Now rather than hope that they’re wrong, I have to accept the fact that they might be right. Does this mean the end of the project? No, rather a compromise. 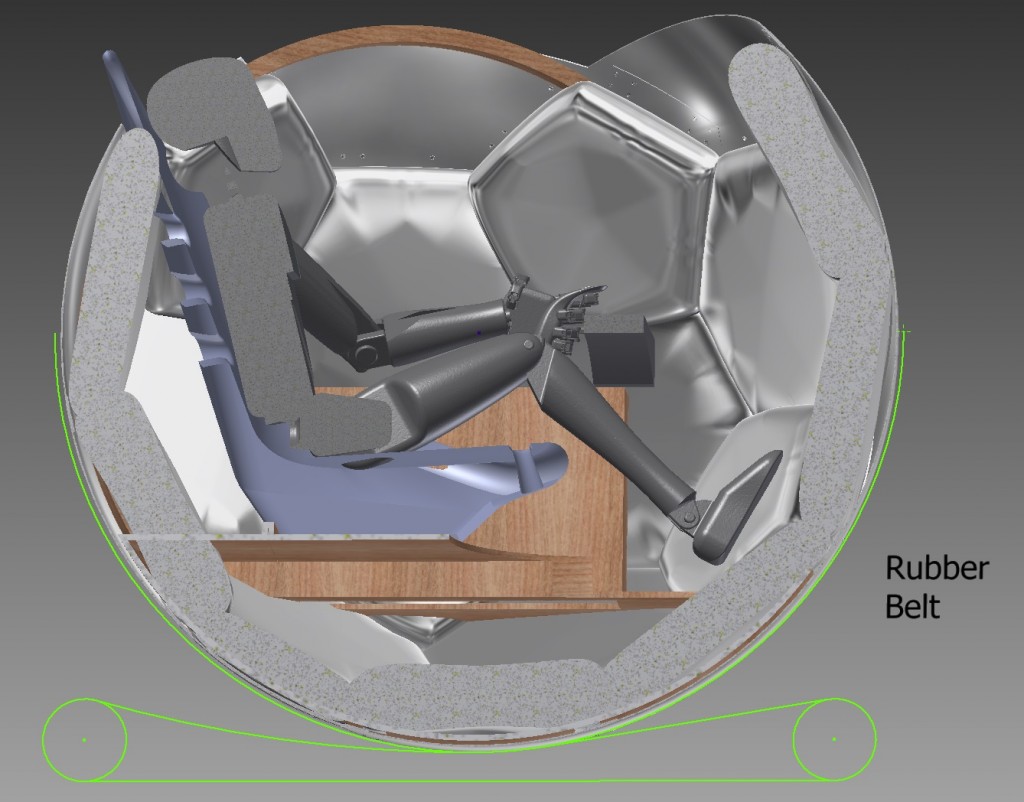 If we look through the side view of the sphere the green line represents a toothed rubber belt attached to motors. It loops right from the attachment point at the back to the front motor, left to the rear motor and then back around the sphere to the front attachment point. We can use the same system to handle roll on the sides by keeping the belts slightly separated.

By doing this we take the friction and traction completely out of the equation, and it all becomes a matter of torque and the speed of the motor. Thanos’ 2DOF motion sim works in the same way, motors and belts to rotate a balanced platform.

Now does this mean I’m abandoning the mecanum wheel concept?? No!

It will still be investigated and tested, but I have to prove it works before putting it back in the design. This actually adds some options to the design, since some people might want a possibly more responsive belt driven sphere.  Even if the mecanum wheel idea is not going to work we can also just add a rotating platform on the base to add the yaw back to the platform.

If you’re disappointed well look on the left panel again “This project is a WORK IN PROGRESS, all models are not final.”, but don’t give up hope yet, I REALLY want mecanum wheels to work but I’m not going to cry and give up the whole thing if they don’t 🙂