A slice of the pie

So I spent a couple of hours rebuilding the sphere for the millionth time. I put in screws and built it so every configuration is possible, you just have to hide a level at a time… and of course it won’t import into showcase 🙁

Ok, so it’s a little complicated but not that much…

This view shows 1/5 of the panels, you can just revolve them around the bottom pentagon to form a nearly complete sphere, only the top pentagon is missing. 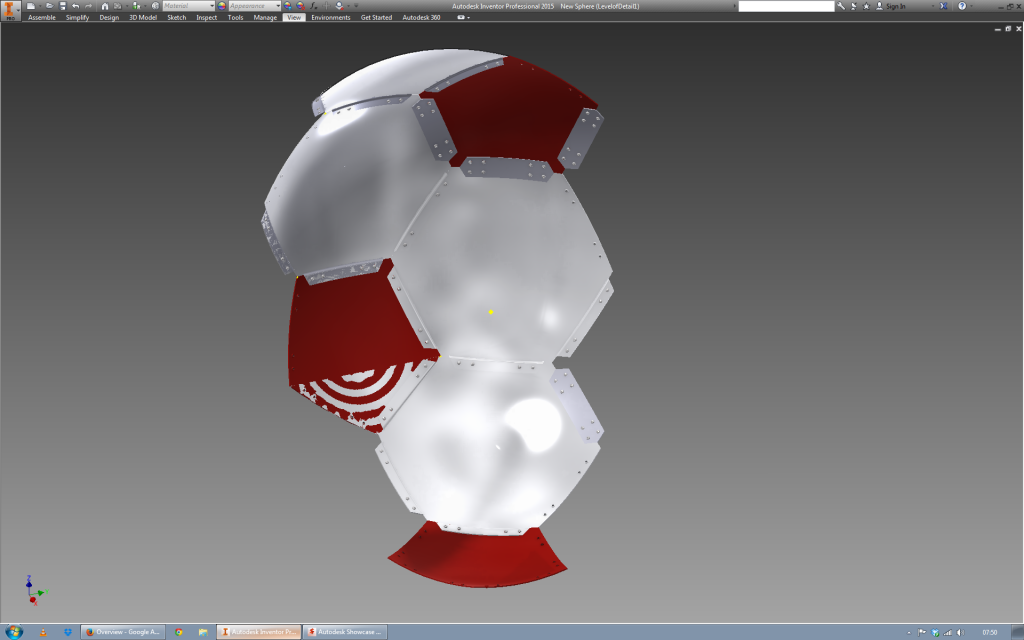 Here’s a pic of the inside of the sphere. 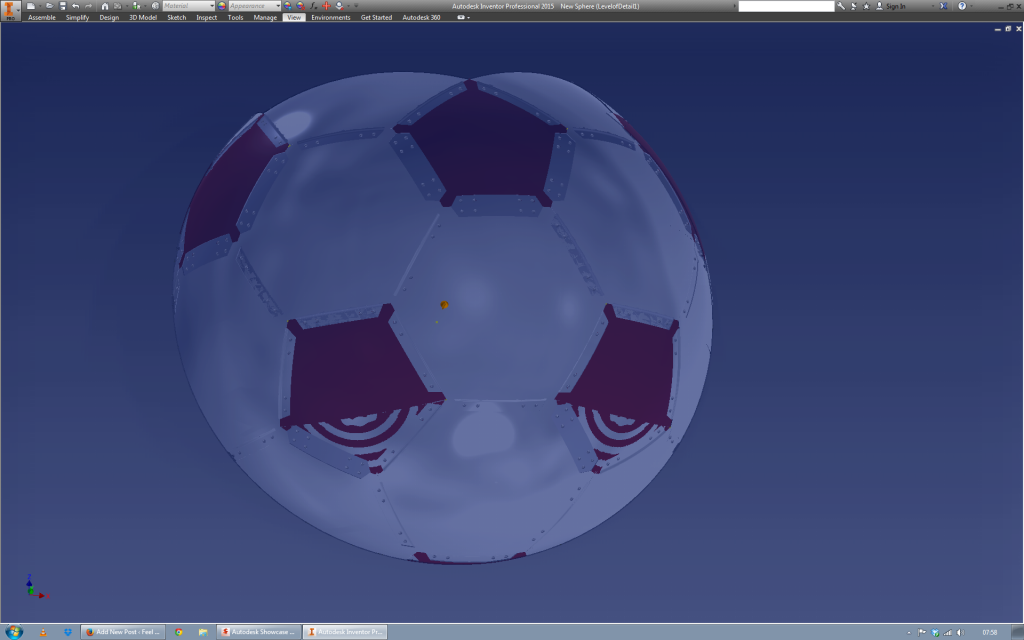 Inventor makes a big blue plane when you slice into something.

Well, I guess I could remove or at least suppress the bolts, there must be about 600 in the assembly but I really wanted to show them rendered in Inventor 🙁